Creativity4Better. Back to Human Touch in Communication. Sebastian Bayer 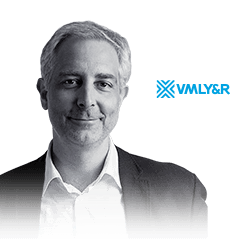 Sebastian Bayer started his professional career at Nike Austria. As the Retail Brand Manager Alpine he was responsible for retail marketing in Austria, Slovenia and Croatia. In 2006 – in the run-up to the European Football Championship in 2008 – he switched to the role of Football Business Lead and took on responsibility for Nike’s on the ground marketing presence during this major event. Sebastian then expanded his field of activity to Switzerland in order to lead the fortunes of the football category for a further two years. In 2010 he took up the position of Marketing Manager Austria at Nike before moving to Berlin in 2012 to first take on the role of Football Community Manager for the DACH region and one year later the position of the Running Brand Director – also for the entire German-speaking area. Privately motivated, the father of two decided to return to Austria in 2014 to take over the role as a CEO of Y&R in Vienna. During his seven years in the agency Sebastian lead the transformation from a classical advertising to a brand experience agency. Together with the team of VMLY&R – how the agency is called since the merger with digital powerhouse VML – Sebastian won more than 80 clients, such as Mazda Europe, Germany and Austria, Unicredit Bank Austria, Dunkin’ Donuts, upc/Liberty Global, National Parks Austria, Austrian Wine, Hirter Bier and many more. VMLY&R’s global brand study, the BrandAsset Valuator (BAV), plays a huge role in the strategic work of the agency, as it allows to understand the DNA of a brand and is used by VMLY&R to craft brand strategies that have to power to drive unique and relevant brand experience for the agency’s clients.