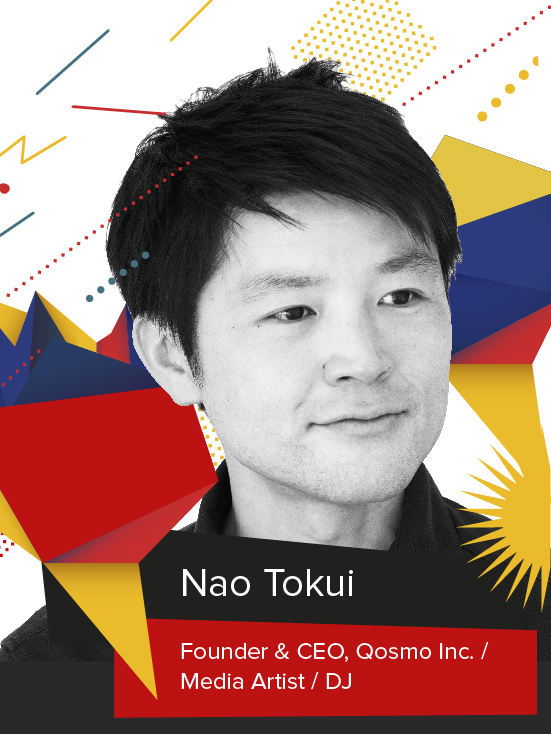 Born in 1976 in Ishikawa Prefecture, Nao Tokui serves as the CEO of Qosmo Inc. He is also a media artist and a DJ. Tokui received his PhD from the Department of Electrical Engineering and Information Systems (EEIS), Graduate School of Engineering, The University of Tokyo. After pursuing his research and creative interest as a visiting research fellow at Sony Computer Science Laboratories in Paris, Tokui founded Qosmo in 2009. He is exploring the potential expansion of creativity through the symbiosis between AI and humans.

His recent works include the production of a music video of a song by Brian Eno, using AI. In addition, Tokui has continued to present live performances titled AI DI Project in Japan and overseas. These performances feature an Artificial Intelligence (AI) DJ playing alongside a human DJ (Tokui, himself), taking turns selecting and playing one song at a time.