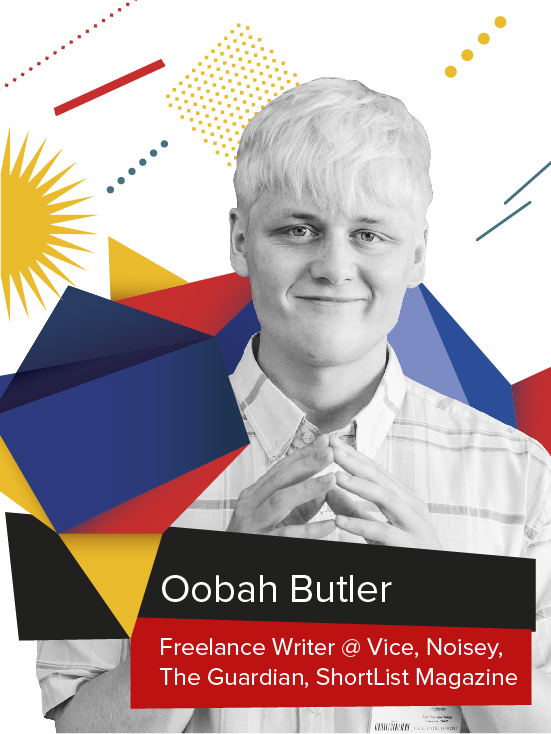 Oobah Butler is a freelance writer who contributes articles and conceptualises and hosts films. He hails from a rural village called Feckenham in the West Midlands, but lives in a shed in South London.

Over the past two years, his work has gone from quietly admired on VICE Magazine and The Guardian to being renowned globally, recently being featured in Longform’s ‘Best of 2017’ list, a profile with Scott Simon on NPR and endorsed by individuals such as Turner Prize-winning artist Grayson Perry, former New Yorker Editor Nicholas Thompson and scores of other world-renowned journalists like Grace Dent, Marina Hyde, Joel Golby. For the most part, his work uses comedy and absurdity to comment on the modern era. For example, after releasing his recent stunning film and article in which he made the shed he lives in TripAdvisor’s top-rated restaurant in London,

Oobah amassed 40 million views online and dominated headlines in the climate of ‘fake news’, with The Washington Post referring to him as “the Donald Trump of TripAdvisor” and Good Morning Britain’s Susanna Reid dismissing him as a “naughty boy”  on live television.

Whether it’s swindling his way as a fake designer to the top of Paris Fashion Week, covertly going on BBC2 primetime show The Eggheads to disturb them or letting his Instagram followers vote on every decision he made for a day and thusly ending up 250 miles from his home, his ambition is to immerse himself and explore different worlds in a fun, unorthodox way.