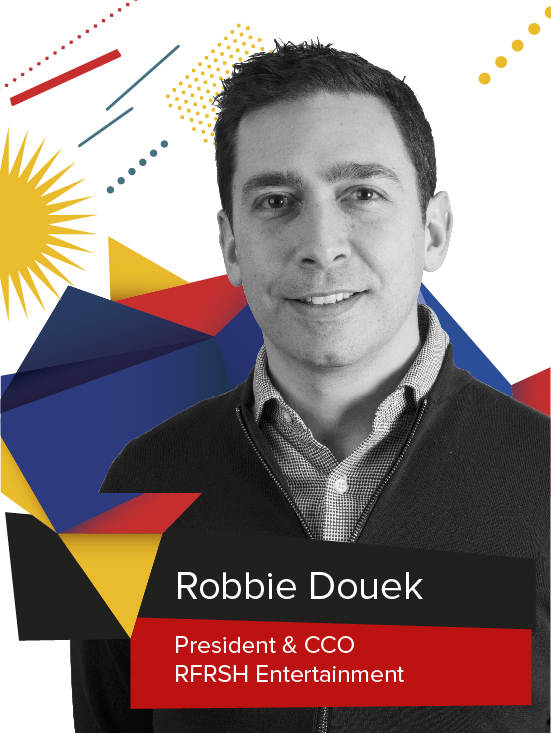 Robbie joined RFRSH in March 2018, as President and Chief Commercial Officer. He is responsible for all business operations, production & sales, globally. His teams are tasked with delivering the most premium Global Tournament series (BLAST Pro Series), in multiple geographies around the world, working with some of the best Counter-Strike teams tied to the unique franchise offering. RFRSH currently has offices in London and Copenhagen. Prior to RFRSH, Robbie was Vice President Digital, EMEA, running digital partnerships for The Walt Disney Company. Robbie joined Disney in April 2015 as Managing Director, EMEA for Maker Studios (acquired by Disney), where he oversaw all business operations for Maker EMEA.

Before joining Disney, Robbie worked at Google based in Paris and London, where he occupied three different positions - Head of Branding & YouTube Solutions across SEEMEA; Head of Mobile, SEEMEA and Head of Mobile France during his four and a half year tenure. Robbie joined Google in July 2010 through Google’s acquisition of AdMob. From 2007-2009, he headed Digital Sales for Euronews. Robbie is a graduate of French and Politics from Leeds University and has a Certification from Stanford in Advanced Project Management.